MIGRANTS vs INTEGRATION. Where do we stand? 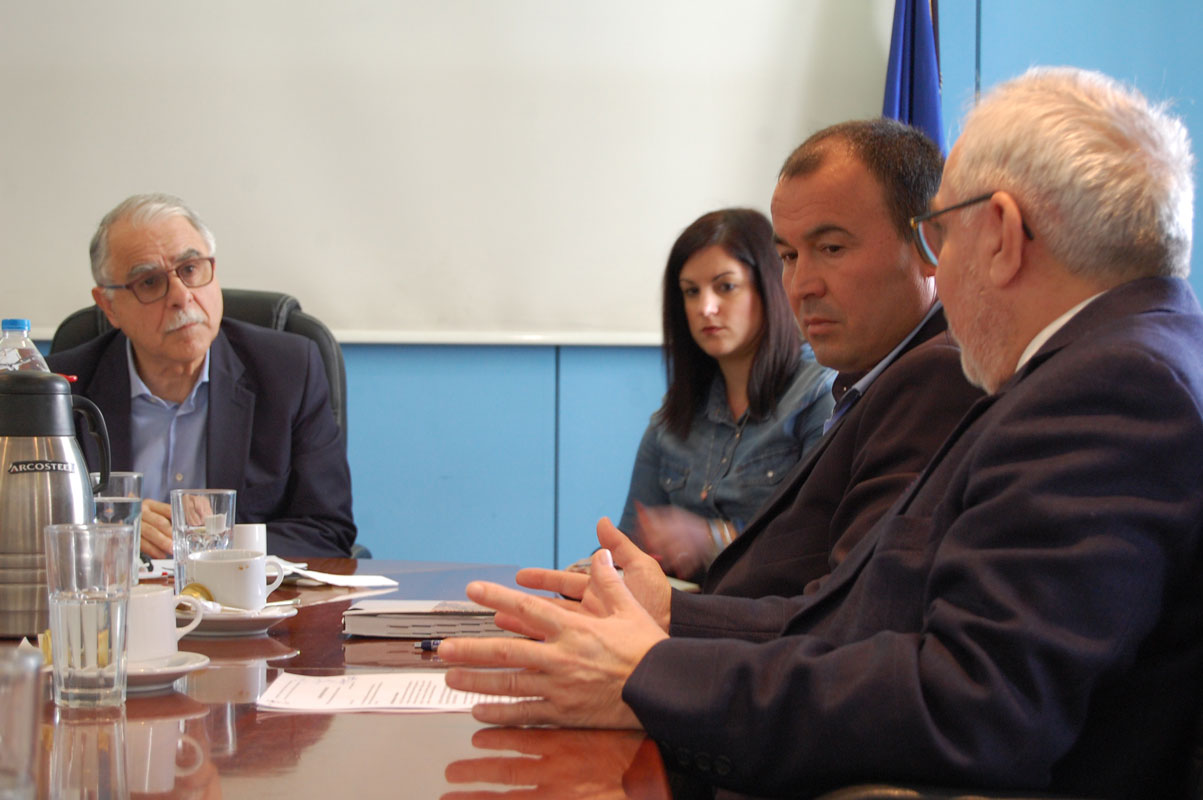 A discussion with the greek Ministry for Migration Policy.

At the beginning of the year, as the Greek Forum of Migrants, we met with the Deputy Minister of the Greek Ministry of Migration Policy, Mr. G. Balafas on his own initiative. As the Minister himself stated, the purpose of the meeting was to initialize "a continuous and systematic cooperation".

Following the meeting we sent a memoir of legislative changes that we consider urgent for the Migration law, along with the position of the GFM, regarding the integration of migrants and refugees in Greece. The letter - response sent by the Ministry in turn, informed us about the current actions of the Ministry of Migration Policy, as well as the general direction of the Ministry, regarding integration and migration policies that are planned ahead.

Residence permits & lives “at risk”. Will these issues be solved?

As we highlight in our memoir, tens of thousands residence permits owned by migrants living legally in Greece for many years now - if not decades, will expire by the end of the year. The renewal of most of these permits will be impossible, based on applicable law, and many migrants will find themselves once again left hanging. The severe contradictions of “maximum periods of absence from the country” both on the long-term and short-term residence permits, rules out of the system migrant’s majority, making any life planning prohibitive (no possibility of applying for: citizenship, family reunification, labor etc.). With regards to these issues, the Ministry informed us that a law change committee has been set up regarding the 4251/14 Law on Migration and Social Inclusion, to amplify procedures, change the prerequisites for residence permits -where necessary, and introduce the new categories of residence permits. Specifically, the Ministry for Migration Policy says it is proceeding as follows:

Regarding the serious discrimination of the unjustifiably high income criterion for a residence permit, especially during an economic crisis, which also causes an increase of illegal residence in the country, the Ministry reports that our concerns on income criteria will be carefully considered.

The lack of cooperation between the Ministries and the Greek consulates in Pakistan, Afghanistan, India, Ghana, Nigeria, etc., with certification delays of up to 8 years (!) in some cases, is another major obstacle for the migrant population in any attempt of integrating in the Greek society. Although these documents are required from the Ministry for various applications (residence permit, citizenship, family reunification, second generation migrants participation in athletic contests etc), the Ministry says that these matters do not fall within their competence, but under the responsibility of the Ministry of Foreign Affairs. Also, the acquisition of citizenship is the responsibility of the special Secretariat of the Ministry of Interior.

Moreover, in the letter it is stated that in June 2018 the Ministry will proceed to describe the professional profile for the position of the intercultural mediator. The process of certifying qualifications for mediators will be described and legally enforced in the next period and as soon as possible.

The integration of migrants in the Greek society is a fundamental goal and mission of the GFM, for over 15 years. We believe that integration is achieved if migrants themselves feel that they are integral, indivisible and active members of society in their host country. Inclusion / Integration for us means access to the basic institutions of society, it means the right to dignity, equality and fairness of all citizens of a democratic society.

As far as these issues are concerned, the Ministry for Migrant Policy announces the National Strategic Plan, which will go directly to the public consultation, to become a public policy with as much consensus as possible and having suggestions on issues concerning the migrant population living and working in the country. The actions outlined below are the first examples on the guidelines and priorities put forward by the Ministry, for Social Integration:

The letter of the Ministry for Migration Policy closes with the following admission: “... it is obvious that no solutions are offered to all problems that migrants are facing in Greece, but these actions show the willingness and effort to change the way in which planning, and implementation of integration policies are being modeled. Access to education and labor market are the two areas in which interventions will take place in the coming period.The relevant Ministries, and in particular the Ministry for Migration Policy, are working in this direction.”

Greek Forum of Migrants, as an association of over 40 migrant communities and organizations, is painfully aware what social integration means, by experiencing the Greek reality daily. The first step towards integration is Legalization - Residence permits. Beyond that, the state’s attitude towards education, labor, health, political and religious rights, protection of human rights by combating racism and discriminations, will ultimately determine the way to integrate every human being – citizen in a democratic society. With the rise of the far-right speech both in the political scene and the Greek society, the victims had been and always will be the most vulnerable groups.

In early April, representatives of the Greek Forum of Migrants, the Migrant Integration Council of the City of Athens and the Greek Forum of Refugees, met with the Minister for Migrant Policy, Mr. Dimitris Vitsas, regarding the threats we received, and the racist, arson attack of the Afghanistan Migrants and Refugees Community in Greece that happened in late March. The Minister assured us for his cooperation with the Ministry of Citizen Protection, aiming the protection and security of the migrant population against the crimes of hatred and racism, andamong other things, he confirmed the submission of the National Strategy on Migration Policy to a public consultation soon.

We, as the GFM, believe that Migration Policy seems like a “hot potato” passed around from one government to another. In this context, we welcome the effort of the Ministry for Migration Policy to develop a National Strategy on Migration and Refugee issues, and we hope this effort will be accompanied with full cooperation and willingness between all key stakeholders, with thorough awareness and with strong will, which is required in any attempt towards long-term resolution of migrant and refugee crisis in Greece. At the same time, the Greek Forum of Migrants will stand against any violation of human rights and will continue its mission - the promotion of migrant’s integration by defending their rights and their equal labor and social integration in Greece. 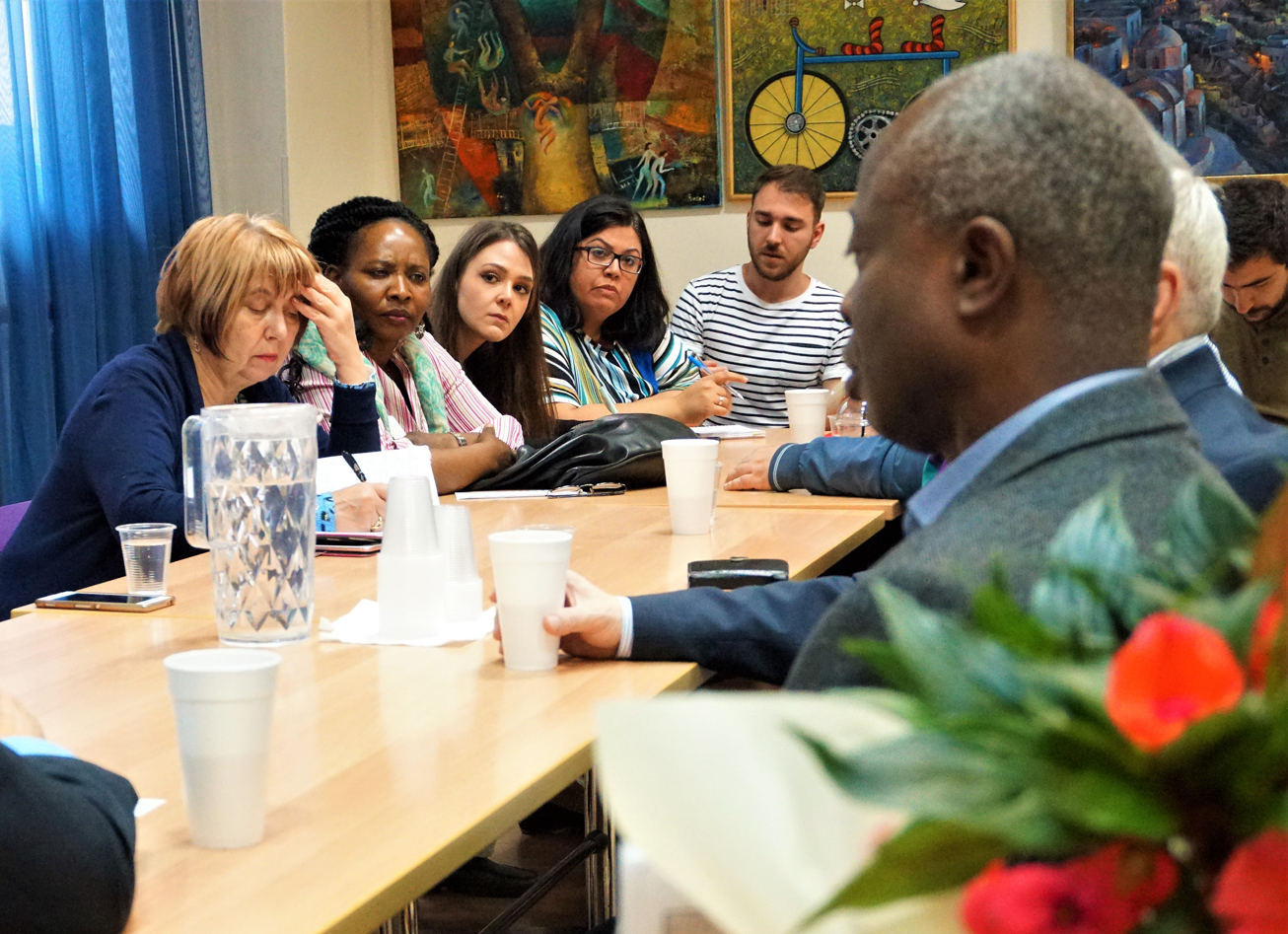 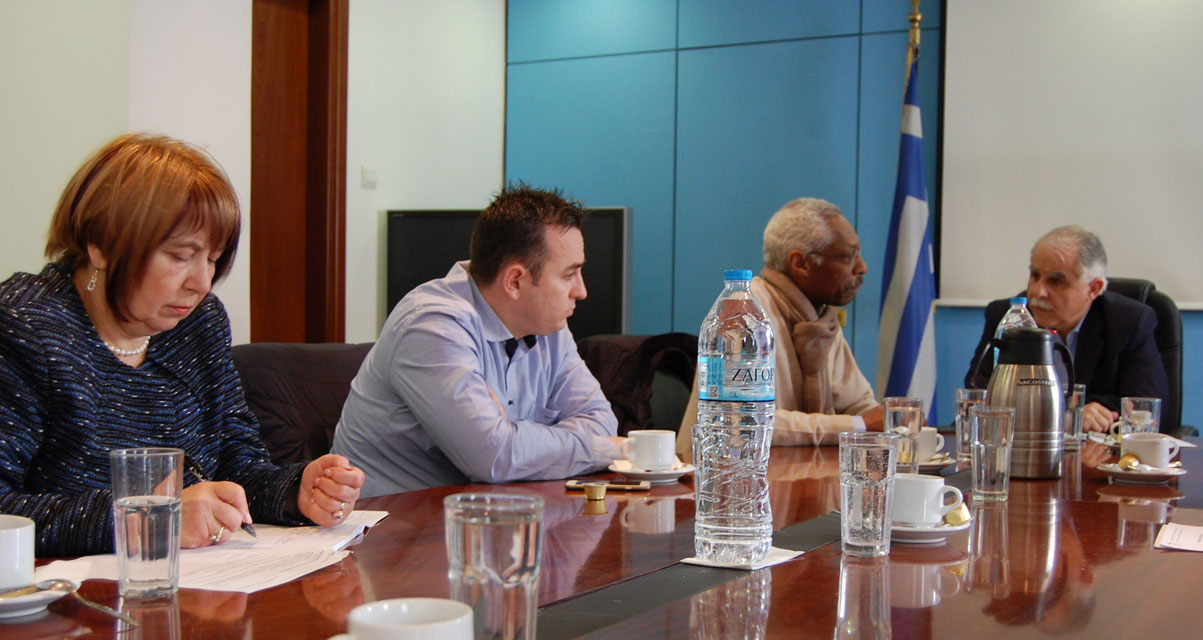