Read below the announcement of the Greek Forum of Migrants on international Migrants Day, December 18th, 2019:">
Language selection
Ελληνικά English

Announcement for the International Migrant Day 2019 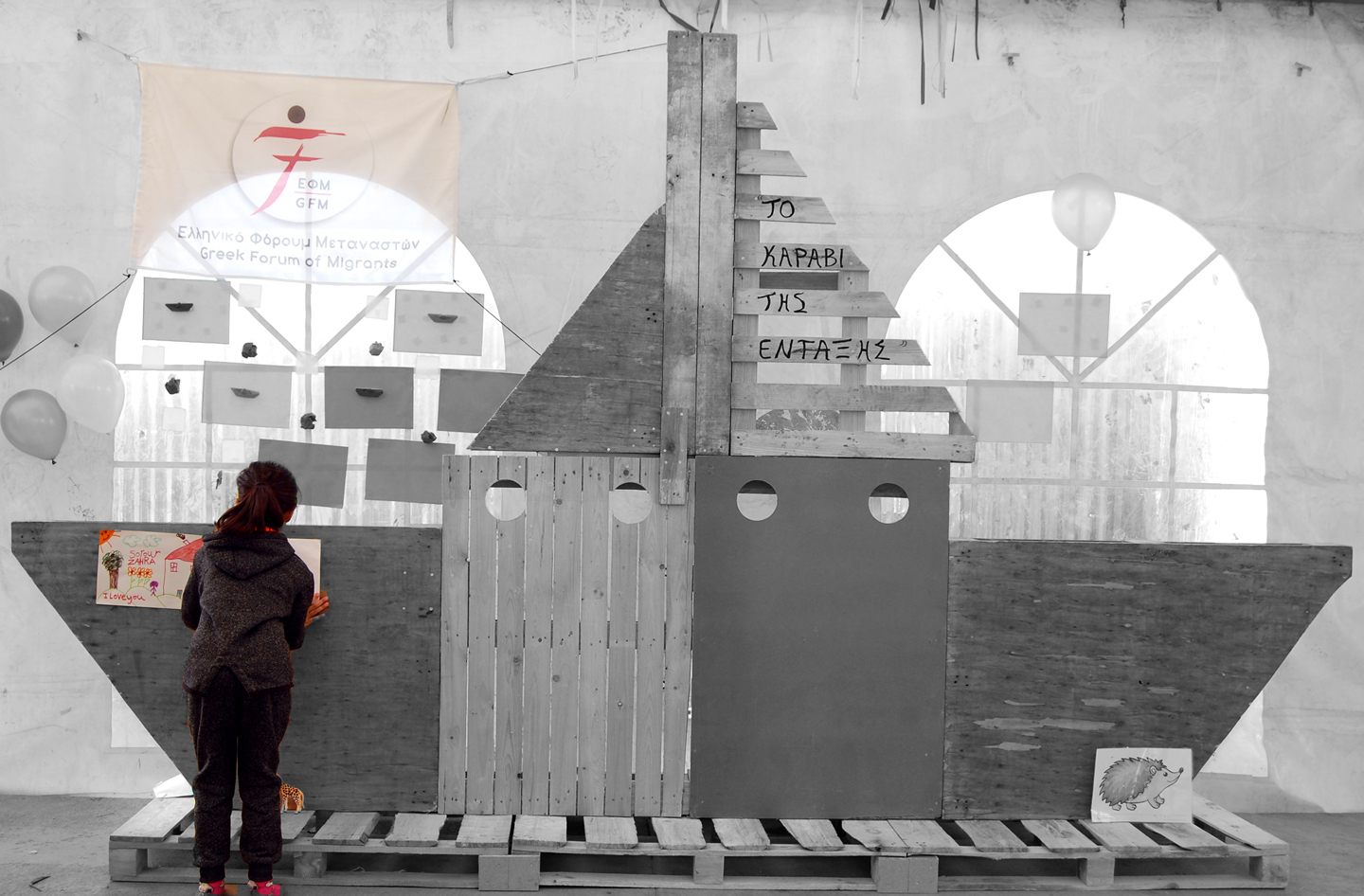 Read below the announcement of the Greek Forum of Migrants on international Migrants Day, December 18th, 2019:

The Greek Forum of Migrants, on the occasion of the International Migrants’ Day, stresses once again the urgent need for a genuine migration policy for refugees and migrants in Greece.

Because of the refugee crisis, everyone`s attention has been focused on our fellow humans who have been trapped in Greece for the last four years, trying to reach an idealized Europe. The approximately 100,000 refugees that are currently living in our country appear to be unwanted by Europe, by most political parties, but also by the governments`. Refugees live in isolation until they are relocated or they return home. We hear about detention centers, relocation, we hear about voluntary returns and deportations, but we haven’t heard in a long time anything about social inclusion and human rights.

The government must deal with the real problem, which is the lack of effective migration policies and the complete absence of a policy from the European side. Although the situation of refugees seems to be more well-known in the country, there is a lack of awareness of the issues of migrants.

The situation for migrants in Greece today, is summarized in the following eight points:

There are two issues that we consider as the Greek Forum of Migrants, need to be discussed today:

Almost on all issues concerning the Second Generation, we still find problems. Here too, there is a lack of strategy and planning for social inclusion and integration of children coming to the country at a very young age. Apart from these shortcomings, however, there are particular absurdities. For example, a teacher`s recent complaint that while visiting a Museum with students, she was asked to inform about the countries of origin of the children, because according to recent ministerial decisions, students attending the Public School are separated from the Greek State to children who enter for free and children who pay a reduced ticket, depending on their country of origin!

In the past, children who could not qualify under Law 3838/10 had as their chance to  protection the opportunity to belong to the category of "humanitarian reasons" after they had been born or studied for 6 years in Greek education (Law 3907/11).

In 2014, a new type of residence permit was created for children who were born or came to Greece at an early age and who wanted to obtain Greek citizenship, the second generation residence permit. Today, only 25,000 hold this license (to be precise, 24,674).

The Greek state, if it so wishes, can determine who belongs to the beneficiary categories of Law 4332/15. All information required for the assignment of Greek citizenship to beneficiaries is already available to the Greek state in accessible digital form. In a sense, the Greek state can know in advance, and precisely, who the beneficiaries are, and just wait for their own expression of interest to complete the process. We refuse to believe that the problem is just a matter of staff shortages. There is a lack of organization, and possibly even political will.

Although migration to Greece has begun since the 1960s, with mass migration taking place in the 1990s, it was only in 2009 that the new citizenship law began to be discussed. And despite the "obvious", the passage of Law 3838/10 has sparked political clashes in the country that led to the controversial Council of State decision that ruled the second-generation provisions unconstitutional in February 2013. Since then, despite the passing of the Law 4332 / 15, the debate remains open.

Enclosed in a Residence Permit

Time is the migrant`s worst enemy. Whenever a law on migration is passed, every time we deal with issues related to ministerial decisions and presidential decrees, some feel that the problems have been resolved. However, what they cannot understand is what it means for migrants to wait for the enjoyment of their rights. We have become accustomed to living `half` lives, and this is a problem that concerns not only us, but also the Greek society as a whole.

We do not accept the situation in which we live, but we have not met anything else. Fact that we do not expect, to change anytime soon. Delays in issuing residence permits are one part of the problem that is in the general context of all public services. The main problem lies in the fact that the majority of first-generation migrants are trapped in precarious residence permits, from which it seems that they cannot escape. It is no coincidence that only 4.5% of people who hold a legal residence permit hold a long-term residence permit (5 years).

People who have been in Greece for 30-40 years, continue to stay in the country with temporary residence permits, which require renewal every 3-5 years. Theoretically, although these people do have the right to apply for a long-term residence permit, practically they cannot even apply for this, due to the complexity of the legislation and the lack of a single legislative framework.

Also, theoretically again, those with permanent residence permits have the right to citizenship. However, after so many struggles in the process of issuing a residence permit, even this right seems like an impossible dream.

Due to this general situation and the lack of strategic planning and proper information to the public, racist discourse and xenophobia are prevalent in the Greek society. In addition, refugee management becomes even more difficult. Refugees remain trapped in "detention centers" with the ones getting out are those who are leaving the country, and migrants are trapped in a "temporary" situation in the country for almost a lifetime!

An effective response to this situation is to formulate a policy for integration, to design and implement a genuine migration policy and not to try to "patch" the problems with individual measures.

Today, on World Migrants` Day, we demand to be back in the forefront and call for effective migration policy accompanied with the creation of a social inclusion plan, as a policy of humanity and equality. That is the only way to guarantee both those human rights for every man, woman and child who crosses the border in search of a better tomorrow, as well as the social cohesion of Greek society.

The Greek Forum of Migrants 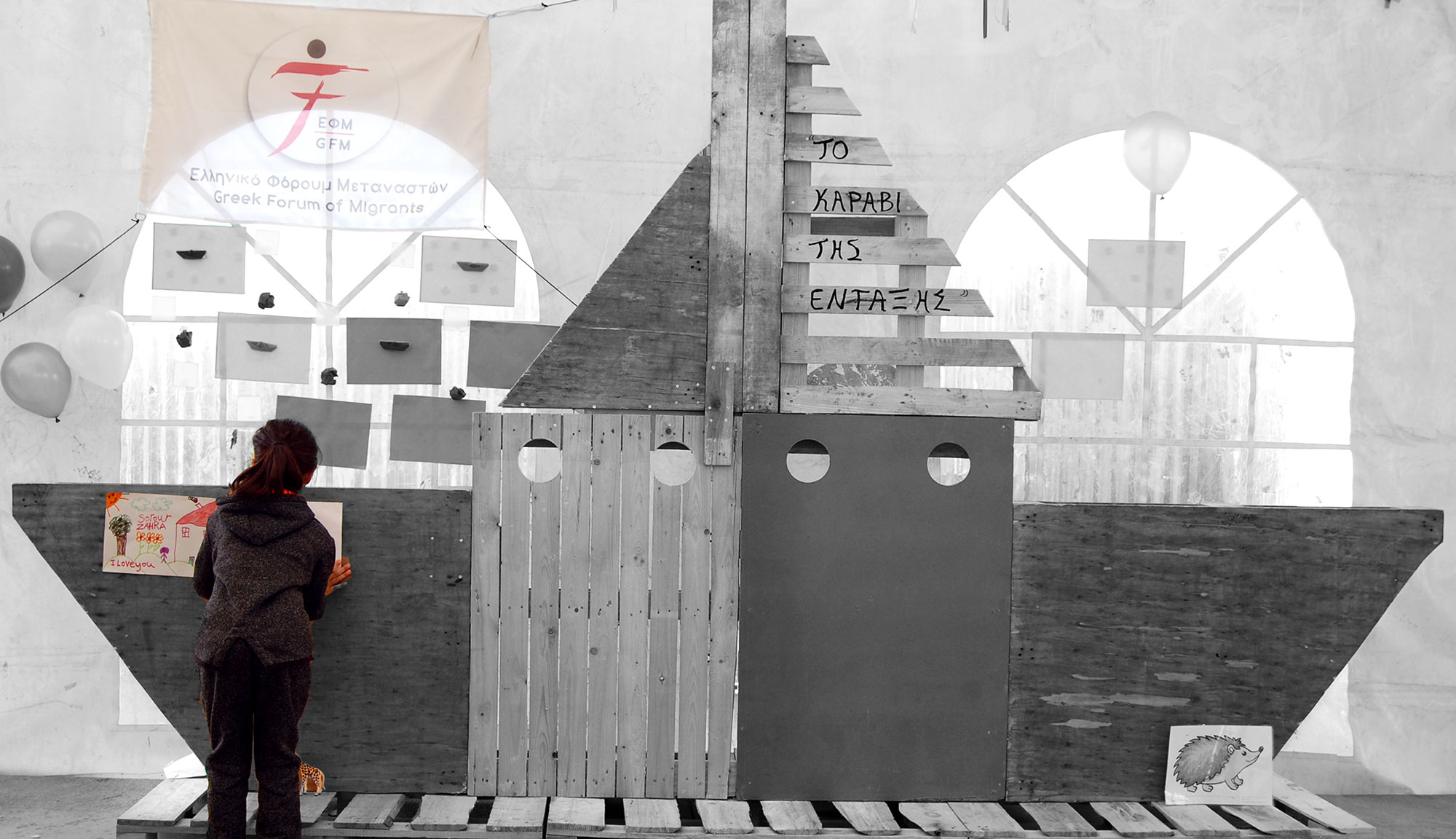