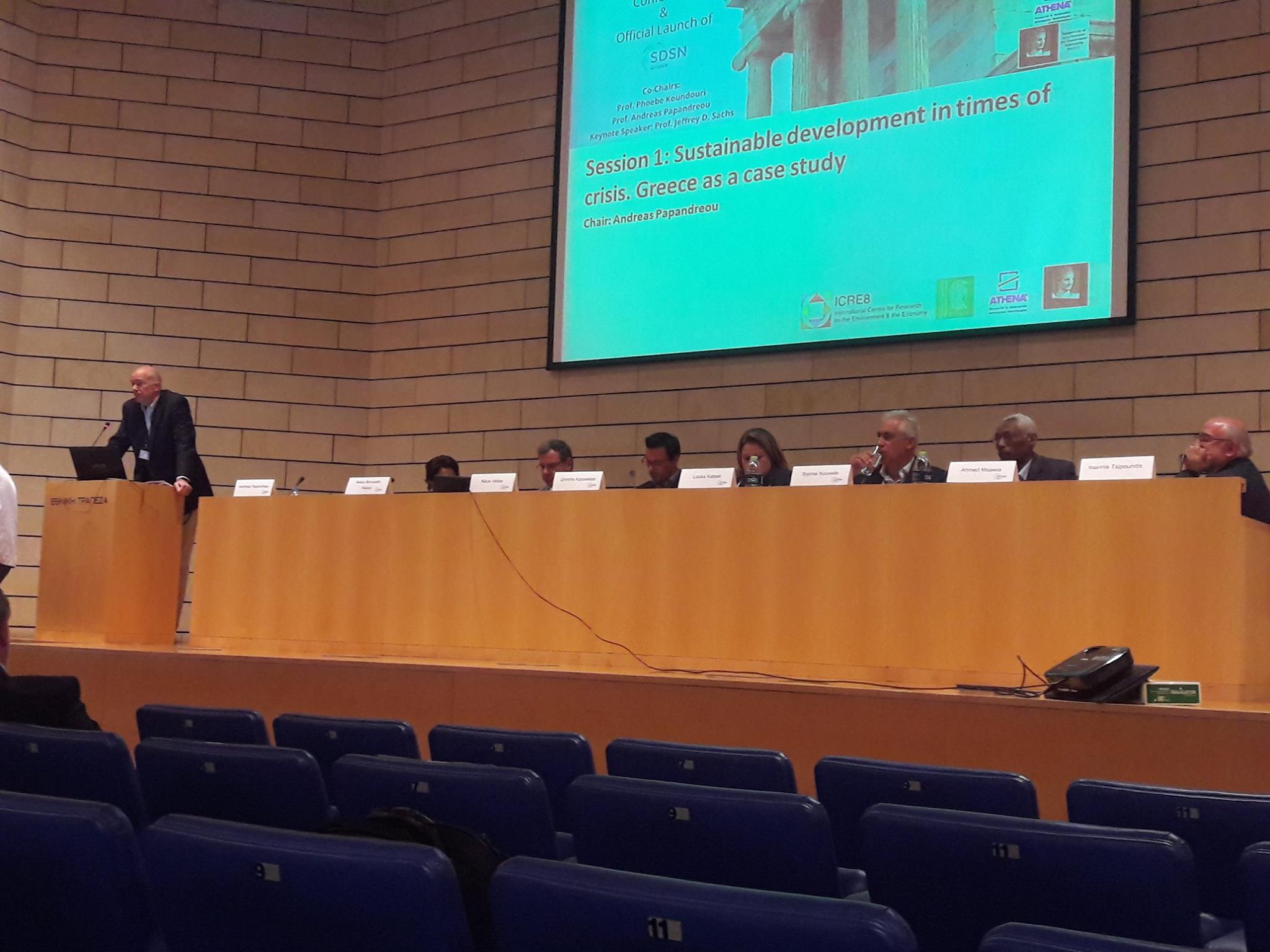 The GFM participated to the 3rd SDSN Mediterranean Conference & official launch of SDSN Greece, held in Athens, on 7 - 8 September 2017.

The Greek Forum of Migrants issued at the discussion panel about "Sustainable development in times of crisis. Greece as a case study", the major connection between migration and climate change.

The president of GFM, Moawia M. Ahmed, among other things, stressed out the following issues:

"..Climate change(d), and migration is changing too. Nobody is dealing, as they should, with one of the major reasons of migration. The root that causes population movement is the primordial instinct of self-preservation and the countries of origins of environmental migrants and refugees are ruined by climate change so in a few years they will not have a country to return to...According to IOM, forecasts vary from 25 million to 1 billion environmental migrants by 2050 in 33 years from now, moving either within their countries or across borders, on a permanent or temporary basis, with 200 million being the most widely cited estimate. Thankfully the UN has named 2015-2024 the International decade for people with  African decent and created a platform of dialogue in order to take effective measures in the spirit of recognition, justice and development. As Greek Forum of Migrants we will attempt to contribute and mobilize public opinion in this direction. Debate and dialoque is a necessity..." 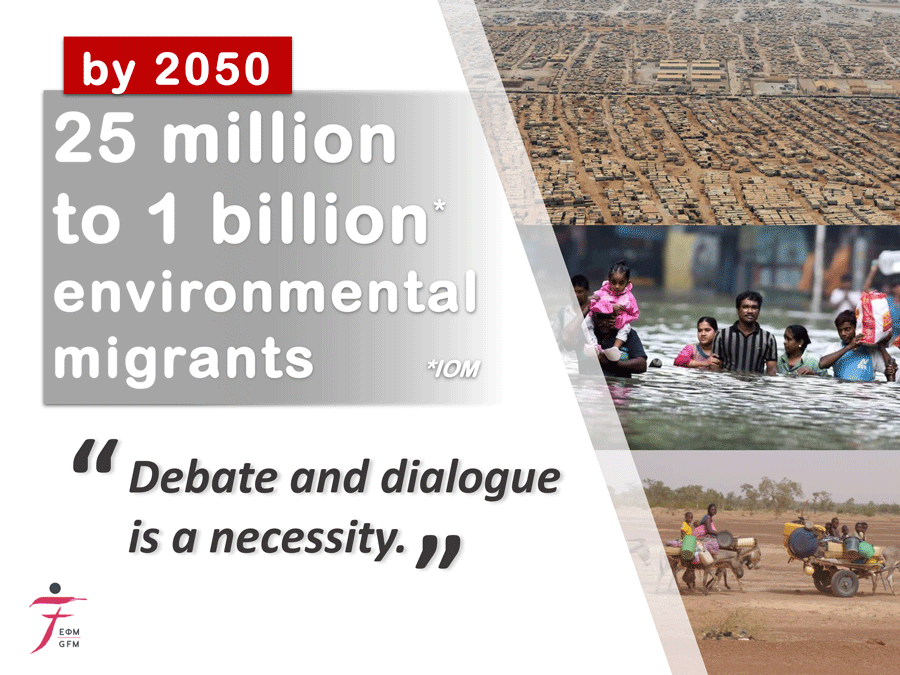 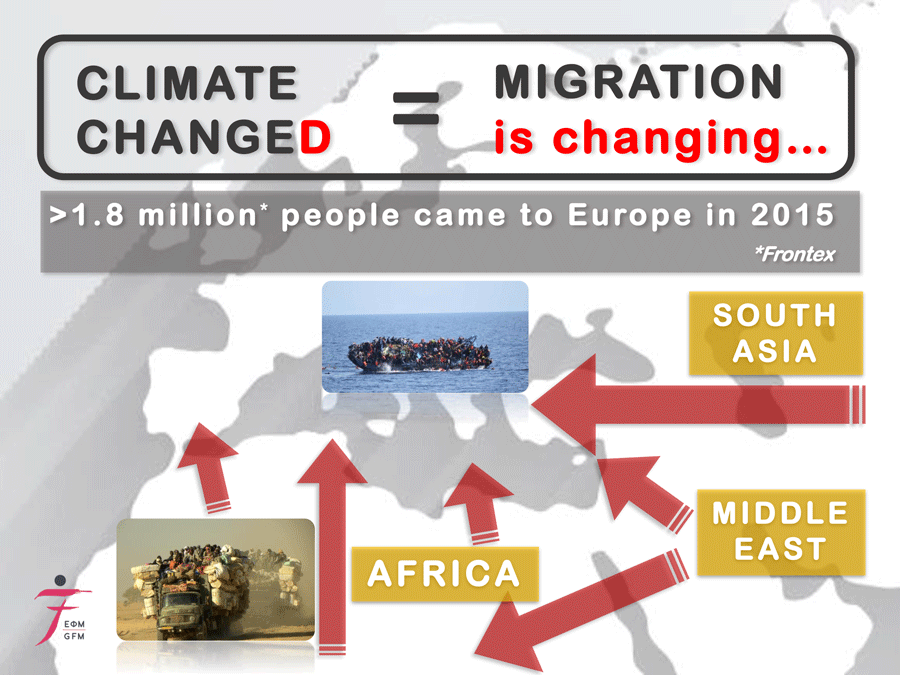 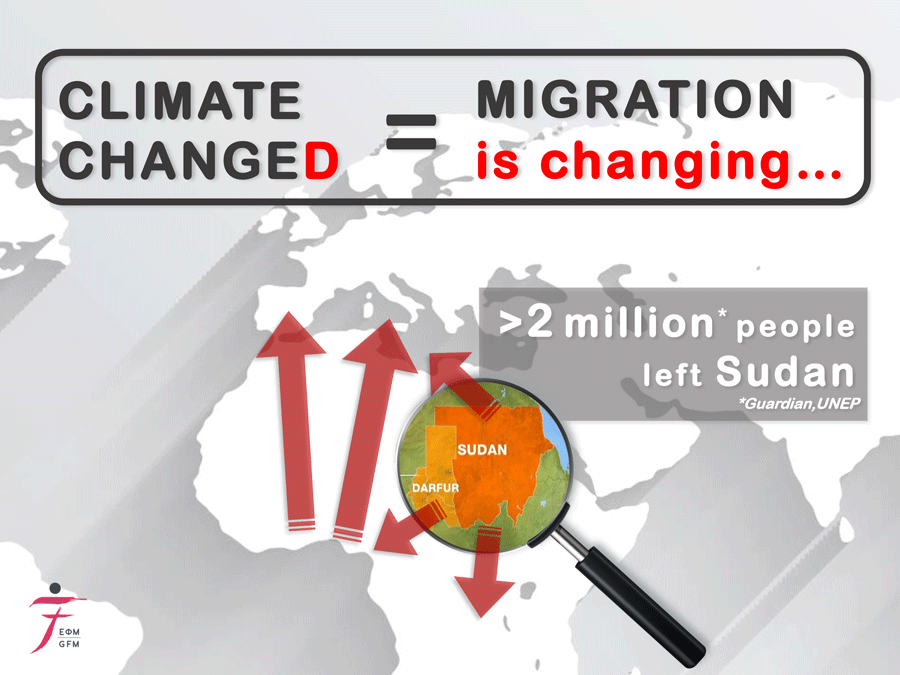 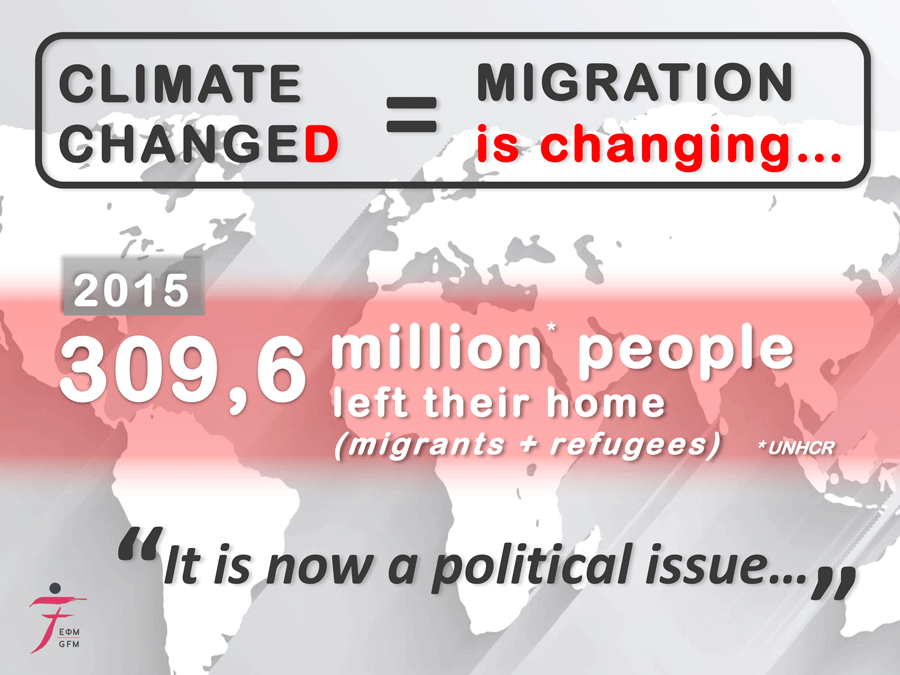 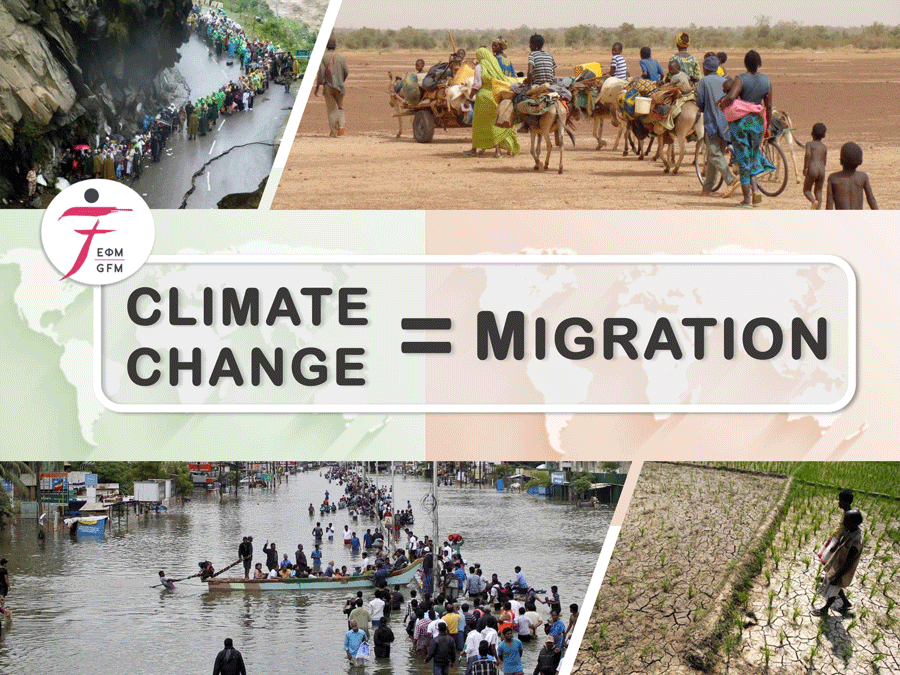 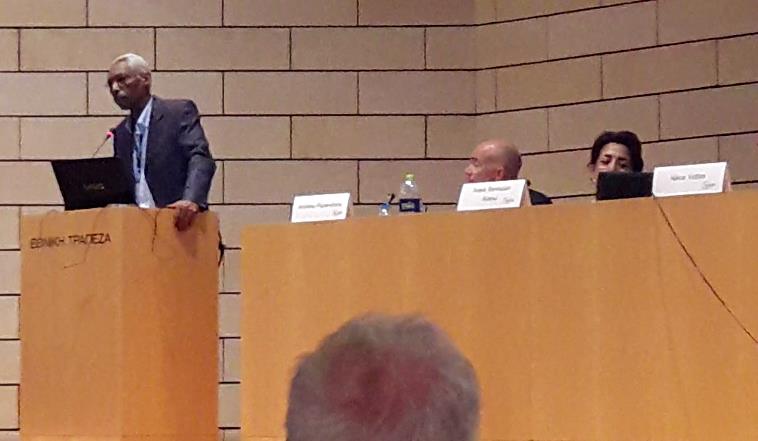