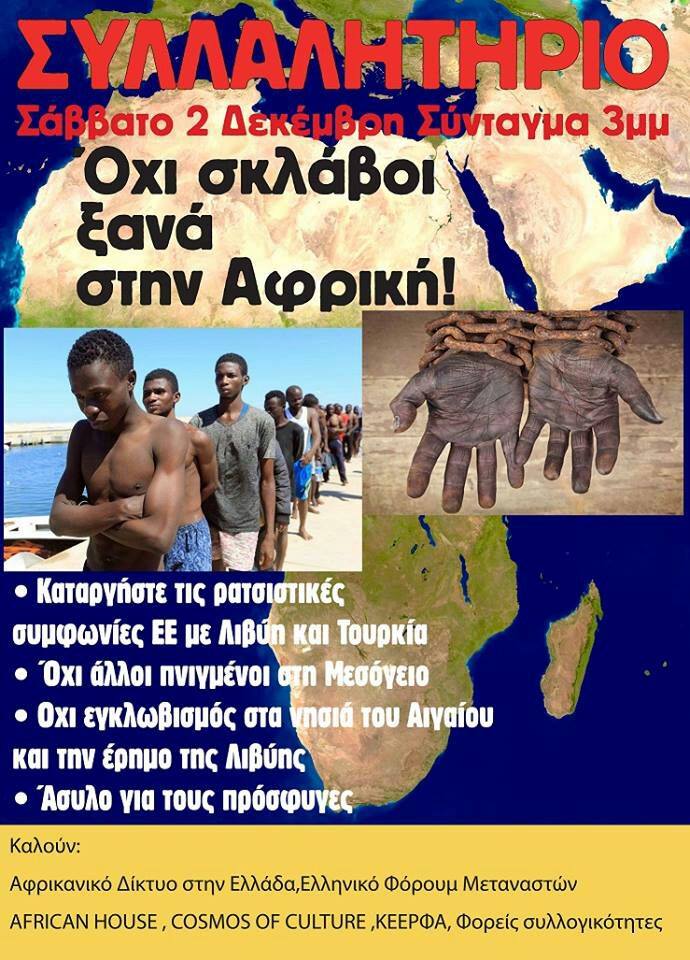 The African Network in Greece and GFM, we CALL all the citizens of Athens to demonstrate and protest, marching to the European Commission offices and Italian Embassy. Come with us to protest against the crimes continued in Libya - let’s shout together NO MORE SLAVES AGAIN in AFRICA

The latest reportage of CNN correspondent Nima Elbagir, depicting the dramatic scenes of a slave auction near the city of Tripoli, shocked, angered and outraged the European public opinion about the reality of migrants stuck in Libyan territory.

We as the African Network in Greece and as the Greek Forum of Migrants strongly condemn the horrible violations of human rights that African migrants suffer in Libya.

More than 20,000 Africans, including women and children, have been arrested and are now in detention under extremely poor conditions.

The inhumane condition of African migrants who ended up in Libya, trying to reach the southern border of Italy, is just one of the results of the European Union’s irresponsible migration policy, and its members, particularly Italy.

Libya since 2000, represents a strategic partner in the EU`s borders migration control through the Frontex agency, and Italy has regularly signed cooperation agreements with Libyan authorities in order to push back migrants.

The last agreement between Italy and Libya has been signed in 02.02.2017, less than one year ago.

EU and Italy have active relations with Libyan authorities, ignoring the strong evidence of violation of human rights in the country. The European Court has already reported Italy for Human Rights violations in 2005 and 2009, concerning its cooperation on migration policy with the North African country.

We as the African Network in Greece and as the Greek Forum of Migrants demand: From the European and Italian authorities, the African Union and the United Nations:

From the EU authorities and the State members, we demand:

We welcome France`s decision to invite the UN Security Council to discuss the slave trade in Libya and we agree with the UN general secretary`s statement:

“...the only solution to protect migrants and to fight smugglers is to open legal migration routes.” 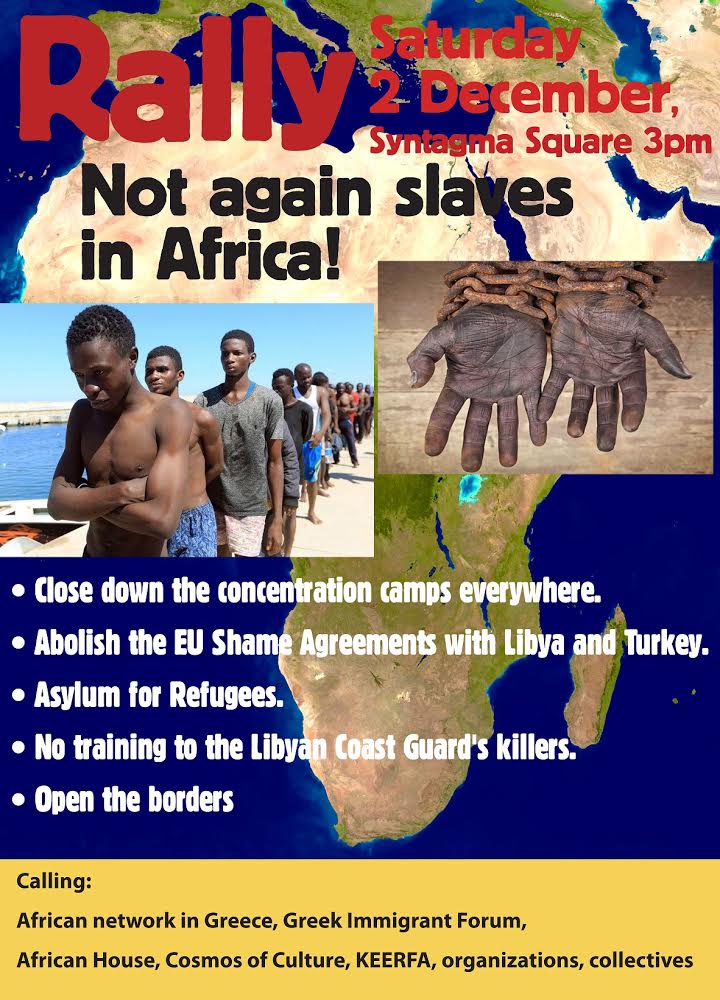 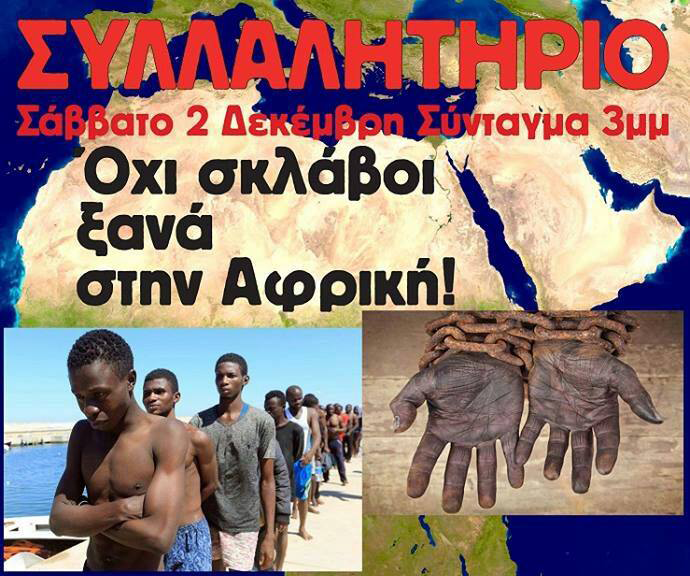