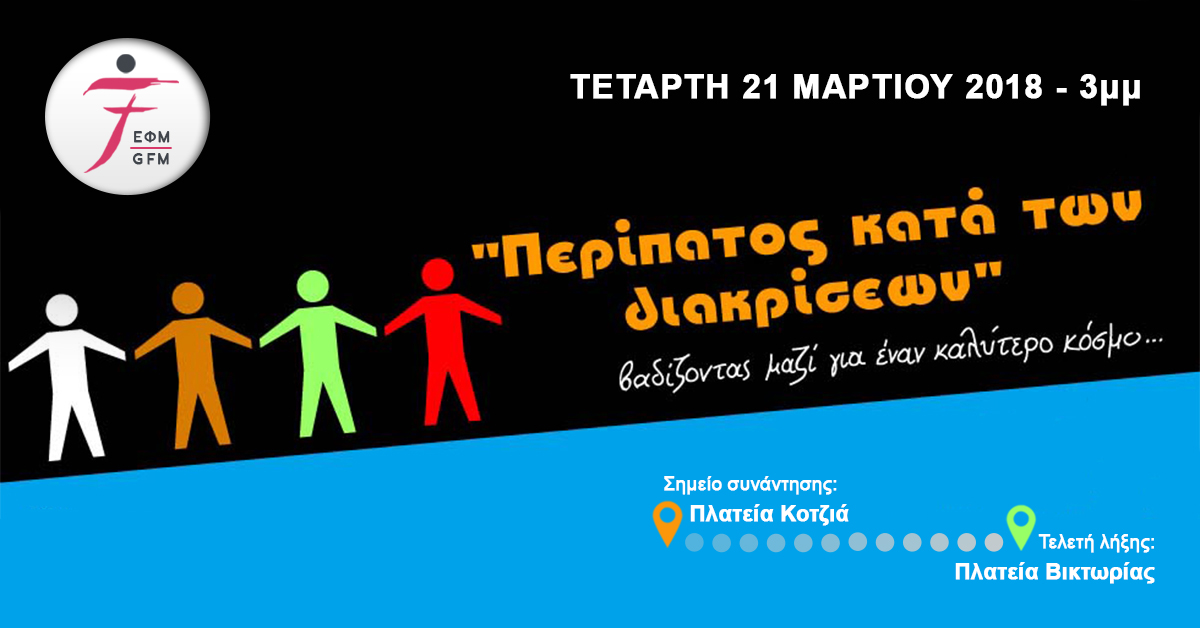 The International Day Against Racism and Racial Discrimination, on 21 March, the Greek Forum of Migrants, for a 4th year in a row, is calling for all groups that are currently being discriminated and affected by racism to raise their voices and to declare their determination to fight all kinds of racism and humiliation of human dignity. Representatives from wider groups affected by racism (PWD, LGBT, Roma, migrants, refugees, HIV positive, elderly, drug addicts, mentally ill, religion minorities, etc.) united we will have the Walk Against Discrimination, marching together for a better world.

On Wednesday 21 March 2018, at 3 pm, we meet at Kotzia sq. and we walk together towards Victoria sq., where we launch an "Open Garden”, by planting symbolically a tree. The closing will be held with the ceremony of “ANTIRACISM - Tzanetos Antypas” award. This year, the organizing committee for the Walk Against Discrimination 2018, choose as a next candidate to pick up the torch - award, the Transgender Association in Greece, for their action in favor of freedom and anti-racism but also their recent victory, concerning the new law on gender identity. The award was established in 2017, in the memory of the activist and founder of the Praksis organization, Tzanetos Antypas, where each year an organization or a person dealing with the issues of anti-racism and human rights is awarded.

Organizations, civil society representatives and citizens that participate in the Walk Against Discrimination 2018, until now are: 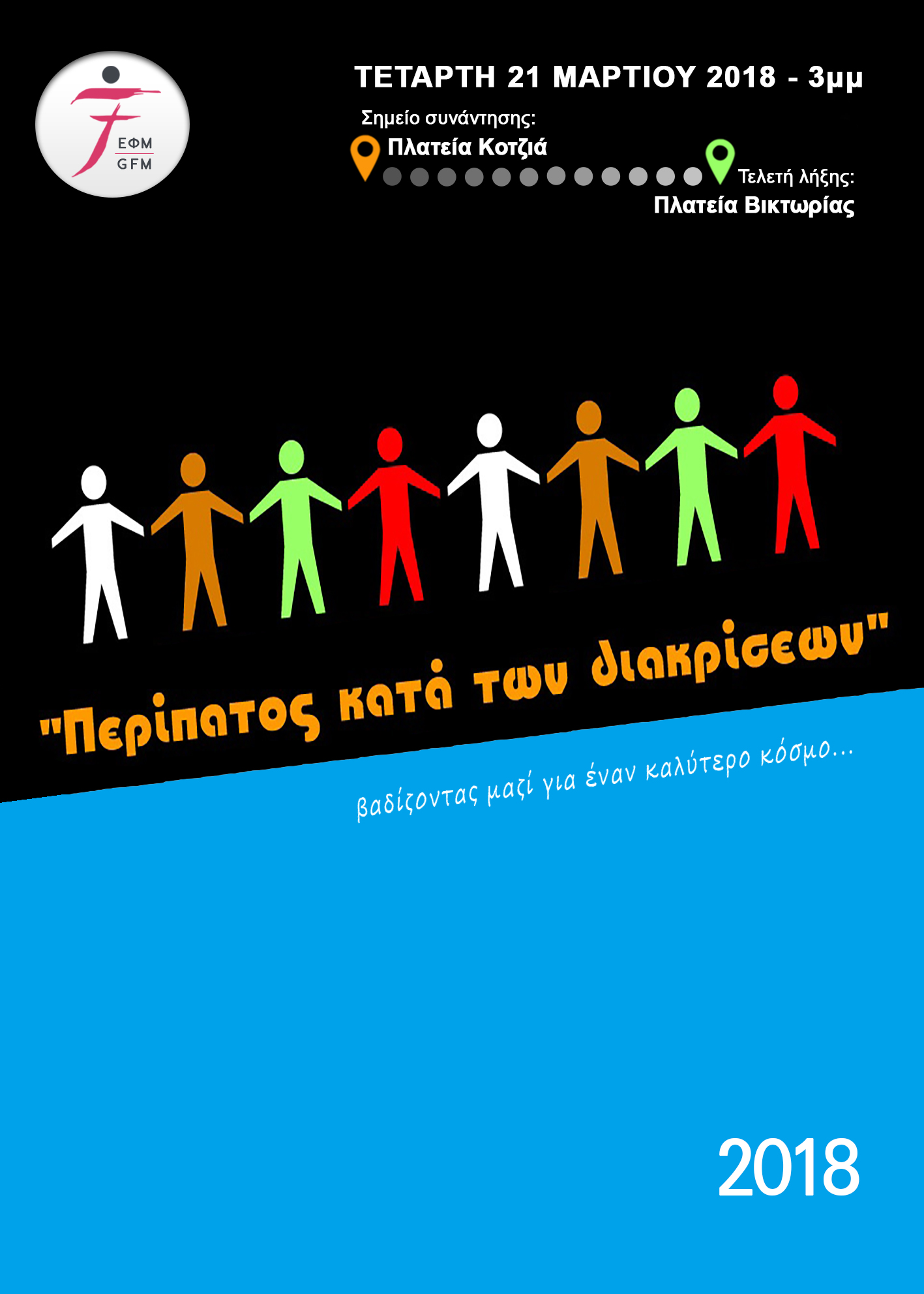 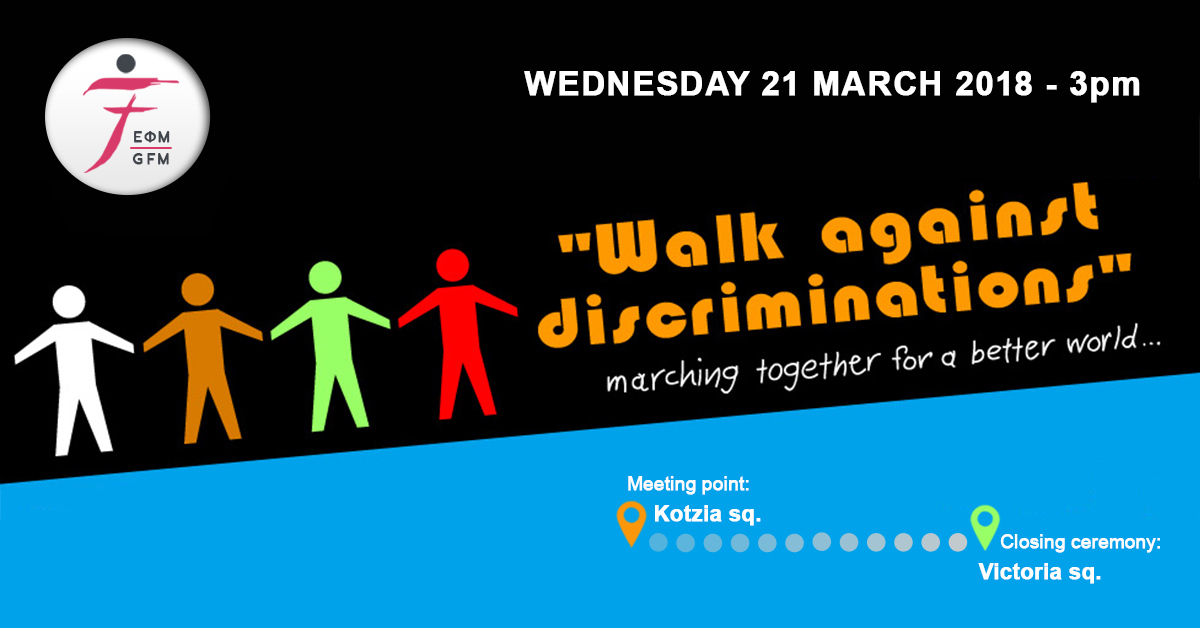